The popular Discover First America! Adventure Program returns to Lewis Auditorium at Flagler College, located at 14 Granada St.  The free, six-part entertainment series explores facets of St. Augustine’s rich history and culture. Each series will begin at 7 p.m. with the doors opening at 6 p.m. for seating, lobby displays, information and book signings. The program is presented by the St. Augustine 450th Commemoration in partnership with Flagler College, Florida Power & Light Company, and each program sponsor. 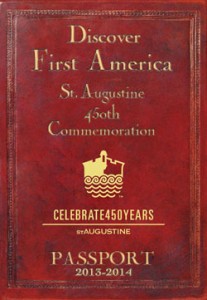 Dec. 5, 2013
Calling All Tories and Patriots, Too! Towne Meeting
On this night, the British will take over Lewis Auditorium at Flagler College to commemorate the 250th anniversary of the British reign and the eve of St. Augustine’s annual British Nightwatch.  Jesse Fish, a British Colonial entrepreneur and opportunist, will keep the audience on its toes with his unique mannerisms and wit. Also, Daniel Schafer,  British Colonial scholar and professor emeritus at the University of North Florida, will recount life and politics in British St. Augustine. The evening will conclude with colonial dance and demonstrations. This program is sponsored by Tour St. Augustine and City Walks.

Jan. 19, 2014
Let Freedom Ring
This program is brought to the St. Augustine community on the eve of the opening of St. Augustine’s 450th Commemoration signature exhibition titled Journey: 450 Years of the African-American Experience. The program will feature remembrances of landmark events that occurred in St. Augustine during the 1960s by those who witnessed and experienced the events. Also, Florida Memorial College alumni will recount their important role in the Civil Rights Movement. The evening will conclude with a gospel choir performance. This program is sponsored by the St. Augustine New World Center Foundation, Inc.

Feb. 26, 2014
Fortress of Freedom: The Story of Fort Mose
The story of Fort Mose, America’s first freed black settlement, will be told by scholars, re-enactors and state park officials. Also, Bob Moore, a composer for the St. Augustine Orchestra, will perform Someday, which was written by Moore to commemorate the 50th Anniversary of the Civil Rights Act.  This program is sponsored by Fort Mose State Park.

March 12, 2014
In White America
This is a special performance and preview of Flagler College’s full play titled In White America. The absorbing African-American story will be brought to life on stage. From a letter revealing the heart and soul of a runaway slave to a moving speech by a southern senator in justification of lynching to portraits of Booker T. Washington, each scene has an emotional story. This program is sponsored by Flagler College. 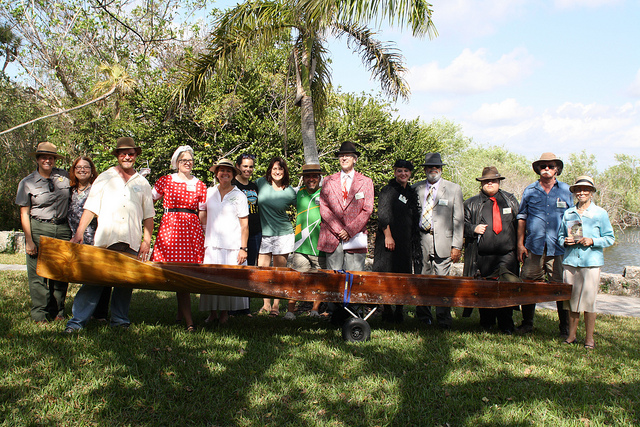